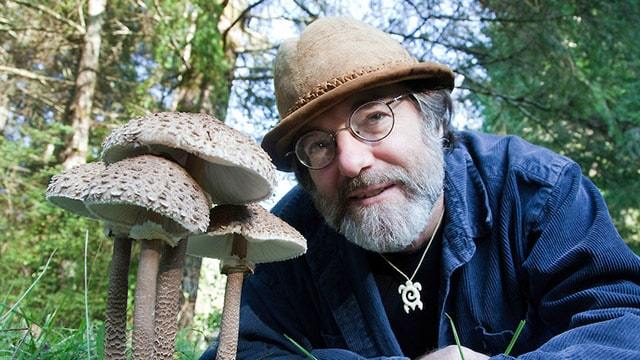 Paul Stamets is one of the most reputable, decorated, and self-practiced mycologists in the world. He has dedicated his life, energy, and enthusiasm to the study of fungi and is the owner of a gourmet and medicinal mushroom distributor, Fungi Perfecti. Paul has also written six books on mushrooms and starred in a recently released documentary on the amazing benefits of mushrooms, Fantastic Fungi.

Paul’s most recent patent application is for a nootropic stack (a combination of cognitive enhancers) that contains psilocybin, lions mane, and niacin. He would like to see this supplement available as a vitamin, claiming that its efficacy in epigenetic neurogenesis has the potential to initiate “the next quantum leap in human consciousness.”

During the MAPS Psychedelic Science 2017 conference, Paul Stamets released a stacking formula for the purpose of upregulating neurogenesis (new connections in the brain).

Below we’ll review why this nootropic stack may be beneficial and why there might be some risks.

During the talk, Stamets clearly identifies not only the ingredients for his epigenetic neurogenesis protocol, but also the particular doses.

Although the protocol seems a catch-all between increasing “creativity, cognition, PTSD, and regeneration of vision and auditory neurons“, in truth the objective of the stack is primarily to increase neurogenesis in the brain over time so as to preserve memories.

This is clearly a hypothesis from Stamets and if you read until the end, you’ll realize that he has a way to subjectively test the hypothesis for yourself.

The neurogenesis protocol is specific for a 70 kg (154 pound) person. Leaning towards the higher doses for heavier people is probably best, but not until trying a smaller dose first (as each person is different).

The protocol calls for taking this stack 5 days in a row and then 2 days off.

For those with some understanding of both psilocybin mushrooms and lion’s mane, both of these doses seem to be relatively low. The current studies of lion’s mane mushroom (using 96% purity extract) focus on 1,000 mg per day three times (for a total of 3,000 mg). We have increased our Lion’s mane amount in the Brain Boost blend for this reason.

For psilocybin, the dose is essentially a microdose. The .1 gram dose will, more than likely, not be felt by anyone. Doses of 1 grams might create some sensations early on in the cycling protocol, but will dull over time.

Although Stamets discusses the creativity benefits of psilocybin at this dosage, it will not last long and that is okay. If you are searching for increased neurogenesis, then using psilocybin has a different purpose in this stack. Tolerance builds quickly for the other mind altering aspects, but the aim is neurogenesis here.

What are the Risks?

With niacin one might believe because it is a vitamin naturally occurring in many foods that it is safe and free from side effects. At doses above the recommended 1 – 200 mg it can create the niacin flush, which is a flushing of blood to the face creating redness and uncomfortable sensations.

In fact, Stamets recognizes that the niacin will be helpful in preventing abuse of the stack (due to the psilocybin) because it would create a negative physical sensation if people overused any portion.

Some people experience burning and itchy sensations even with the niacin dosage that Stamets recommends. Either way, it should be taken with caution and consideration.

This is why we’ve omitted the Niacin from the Stamets stack, creating Brain Boost.

We leave it up to your digression to purchase niacin separately and take it alongside your microdose if this is something you wish to experiment with.