The growing push for medical use of psilocybin in Canada 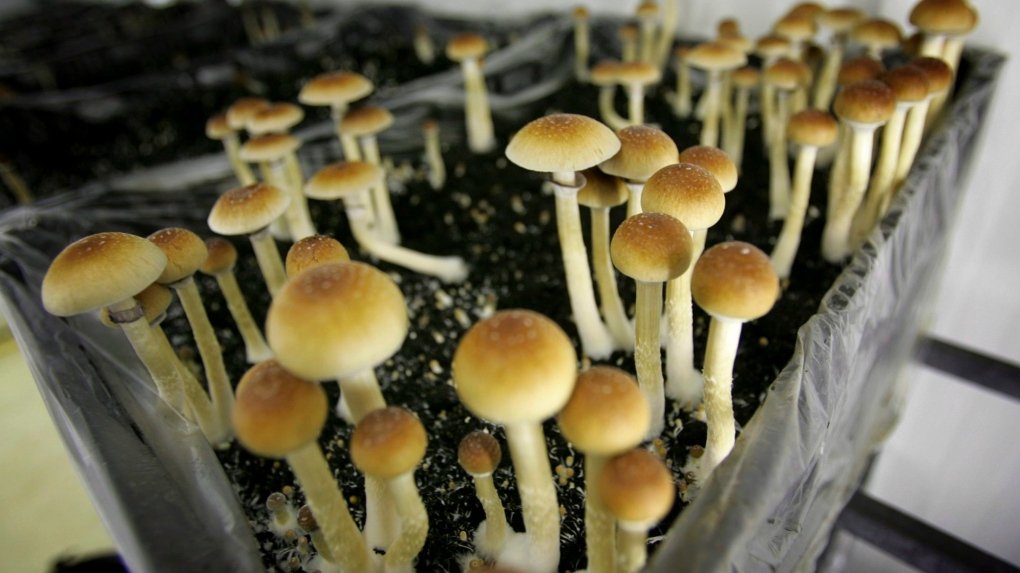 TORONTO — Growing evidence about the powers of psilocybin, a naturally occurring psychedelic compound produced by several species of mushrooms, being used to treat anxiety and depression has inspired advocates to file a federal court challenge next month to allow its use to treat terminally ill patients.

Psychotherapist and professor at the University of Victoria Bruce Tobin has been on the forefront of those advocating to end the prohibition of the drug – highlighting its potential for cancer patients who often suffer from what is described by doctors as “end of life distress.”

End of life distress is a “nasty combination of anxiety, depression hopelessness and demoralization that often accompanies the diagnosis of a terminal illness such as cancer,” Tobin said in an interview with CTV News’ medical correspondent Avis Favaro. “My desire is to get the treatment to patients who are in need of it right now.”

Psilocybin found in what is colloquially known as “magic mushrooms” is illegal in Canada, but Tobin said he has witnessed patients undergoing psychotherapy feel calmer and less stressed by using the compound.

“We can see the results in many cases very quickly, as quickly as the next day,” he said.

Tobin says he has been waiting three years for Health Canada to respond to multiple applications for psilocybin’s compassionate use in terminally ill patients.

“My attitude now is treatment delayed is treatment denied,” Tobin said, explaining that he will continue to push for psilocybin to be exempted from the Controlled Drugs and Substances Act.

Three thousand patients per year in Canada are suffering from “end of life distress” and fit the criteria for so-called psilocybin-assisted psychotherapy, Tobin said.

His campaign is supported by a group he formed, entitled “TheraPsil:Therapeutic Psilocybin for Canadians,” which lists the scientific, legal and moral reasons the group believes the compound should be made legal for “end of life distress” cases.

Research into the medicinal uses of psilocybin has been growing exponentially.

A U.S. study published in the Journal of Psychopharmacology in January showed that cancer patients who were given the compound reported reductions in anxiety, depression, hopelessness, demoralization and death-related anxiety more than four years after receiving their doses in combination with psychotherapy.

A second study from the U.K. in the Journal of Psychopharmacology suggested that when given to patients with treatment-resistant depression, psilocybin affected “functional connectivity” changes in the brain which was evident in scans. The study suggested that “psilocybin therapy improves how the brain works and revives emotional responsiveness.”

The field of psychedelic research is “very exciting” according to professor Roland Griffiths, director of the Center for Psychedelic and Consciousness at Johns Hopkins University in Baltimore.

“When we initiated this research there was a fair bit of skepticism on the part of many, my colleagues and certainly regulators, about whether or not this work is safe,” Griffiths said in an interview with CTV News.

Now his research group is publishing an array of studies on the benefits of using one dose of psilocybin in a treatment that runs approximately six hours and has few side effects and displays benefits to patients’ perceptions.

“Psilocybin produces conditions under which people report having a sense of increased efficacy, a change of world view, a sense of change of self, and that they’re able to reengage in the world in very positive ways,” Griffiths said.

Griffiths said that as patients reflect back on those experiences with psilocybin, they “often have this sense of a profound coming to an understanding of a deeper level of who they are.”

With many psychiatric disorders proving difficult to treat, Griffiths said the team at Johns Hopkins is expanding its testing of psilocybin and other psychedelics, such as LSD, for conditions including obsessive compulsive disorder, post-traumatic stress disorder, opioid use disorder, alcoholism and anorexia nervosa.

Other research is examining the benefits of microdosing, which uses small doses of psilocybin to treat anxiety and depression. A survey of people self-managing mental and substance use disorders by microdosing found 44 per cent of them perceived their mental health was “much better” as a result.

Some Canadians are not waiting for the studies.

Michael Ljubsa of Edmonton, Alta., struggled with depression when he left high school and began university, and said he was unable to find relief with the standard therapies or medications available to him.

“I just became like a zombie basically,” he said in an interview with CTV News. “It became just difficult to function.”

Ljubsa experimented with psilocybin in Jamaica, where it is legal, to try and help – not something doctors recommend – and described a change in self-perception he found “liberating” and boosted his mental wellbeing. He is now an advocate of further psilocybin research.

“Any sort of work that is being done to bring this medicine to people as fast as possible is the work that needs to be done,” Ljubsa said.

At least two centres in Canada are pursuing studies of psilocybin. The University of Toronto Mississauga has launched a Centre for Psychedelic Studies and will host the world’s first clinical trials on microdosing psilocybin. Other related research is planned at the University of British Columbia’s School of Population and Public Health.

“I think we are entering a new era in the treatment of mental health conditions,” Griffiths said.

“Psilocybin and these compounds have mechanisms unlike anything we have seen within our normal treatment options within psychiatry,” he continued. “The potential…to have efficacy across a range of conditions is absolutely remarkable. We just don’t understand the mechanisms of them yet.”