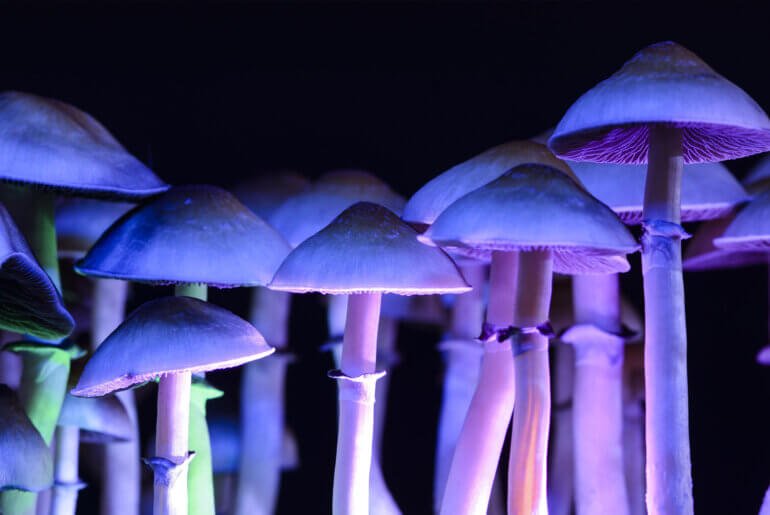 A new study from the Center for Psychedelic and Consciousness Research at Johns Hopkins University School of Medicine provides insight into the psychoactive effects that distinguish psilocybin from other hallucinogenic substances. The findings suggest that feelings of spiritual and/or psychological insight play an important role in the drug’s popularity.

The new study has been published in the journal Psychopharmacology.

“Recently there has been a renewal of interest in research with psychedelic drugs,” explained Roland R. Griffiths, a professor of psychiatry and behavioral sciences who is the corresponding author of the new study.

“Studies from the Johns Hopkins Center for Psychedelic and Consciousness Research and elsewhere suggest that psilocybin, a classic psychedelic drug, has significant potential for treating various psychiatric conditions such as depression and drug dependence disorders. This study sought to address a simple but somewhat perplexing question: Why do people use psilocybin?”

“Psilocybin, in the form of hallucinogenic mushrooms, has been used for centuries for the psychoactive effects. Recent US survey studies show that lifetime psilocybin use is relatively modest and quite stable over a period of decades,” Griffiths explained.

“However, the National Institute on Drug Abuse does not consider psilocybin to be addictive because it does not cause uncontrollable drug seeking behavior, does not produce classic euphoria, does not produce a withdrawal syndrome, and does not activate brain mechanisms associated with classic drugs of abuse.”

In the double-blind study, 20 healthy participants with histories of hallucinogen use received doses of psilocybin, dextromethorphan (DXM), and a placebo during five experiment sessions.

“Dextromethorphan was chosen as a comparator to psilocybin because, although it is a hallucinogen with some effects similar to psilocybin, it has a substantially lower rate of non-medical use despite its widespread availability as an over-the-counter cough medicine,” Griffiths told PsyPost.

Each experimental session was separated by about two to seven days. The sessions took place in a living room–like environment, and the participants were instructed to lie down on a couch and listen to music.

Nearly half of the participants rated their experience following the highest psilocybin dose to be among the top most meaningful and psychologically insightful of their lives.

“The study provides an answer to the puzzle for why psilocybin has been used by people for hundreds of years, yet it does not share any of the features used to define classic drugs of abuse. The answer seems to reside in the ability of psilocybin to produce unique changes in the human conscious experience that give rise to meaning, insight, the experience of beauty and mystical-type effects,” Griffiths said.

“Future research should determine whether there are other subjective domains of subjective experience or other effects of psilocybin that motivate people to use psilocybin.”

The study, “Subjective features of the psilocybin experience that may account for its self-administration by humans: a double-blind comparison of psilocybin and dextromethorphan“, was authored by Theresa M. Carbonaro, Matthew W. Johnson, Roland R. Griffiths.

(Image by Michael M from Pixabay)