Can magic mushrooms and LSD treat depression and anxiety? Scientists are optimistic. 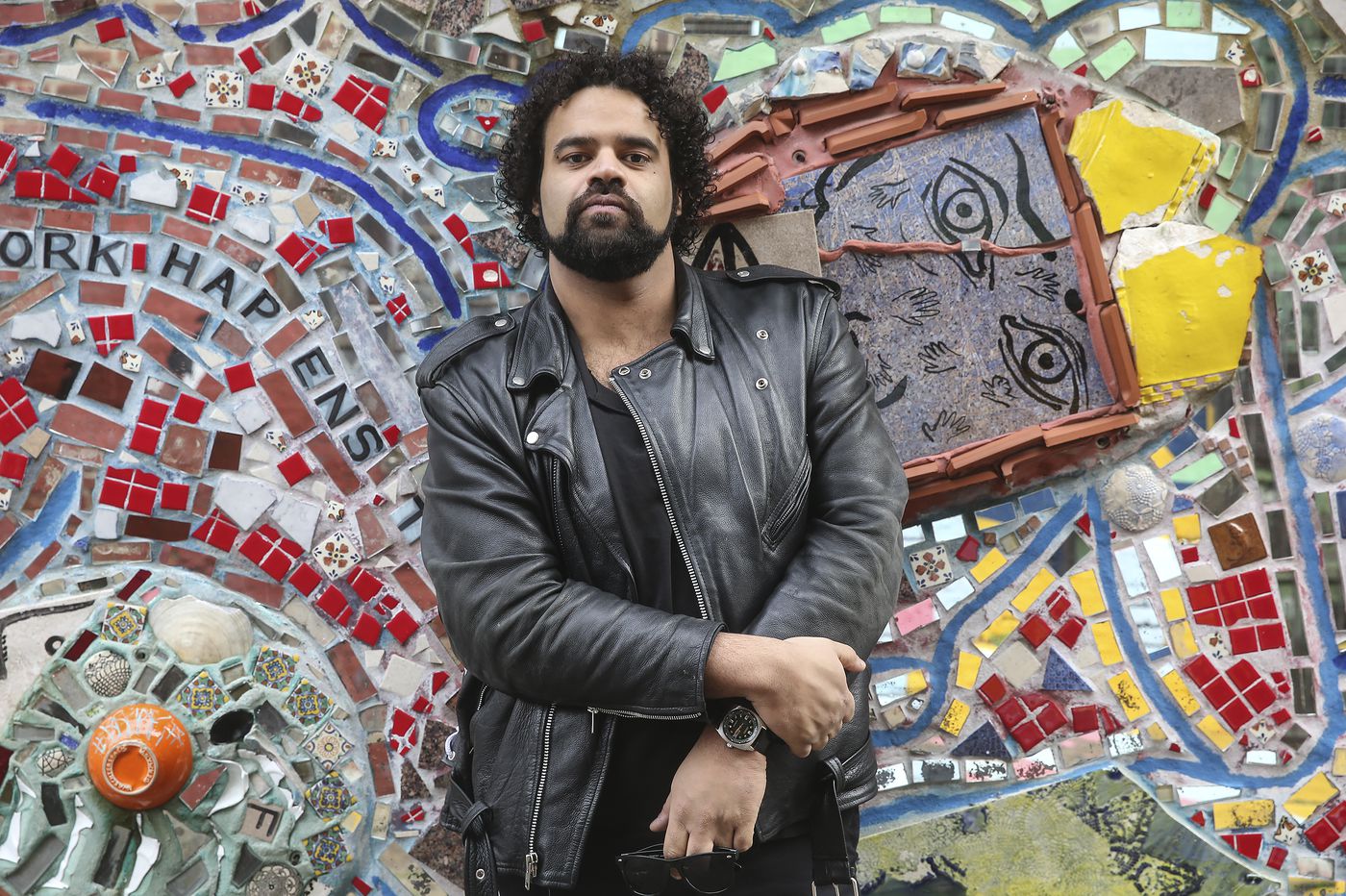 When Marc Morgan tried lysergic acid diethylamide, better known as LSD or acid, for the first time as a teenager, he noticed that he could emotionally disconnect from traumatic memories of the sexual abuse he had suffered as a child.

“It allowed me to dissociate from the sharp pain that a lot of these memories can bring up, which caused me to shy away from processing them,” said Morgan, who has post-traumatic stress disorder (PTSD) as a result of the abuse. “I was able to confront the topic in a more analytical way that felt healthier.”

Years later, Morgan learned about microdosing ⁠— taking tiny portions of psychedelic substances, as little as a 20th of a recreational dose, to get positive effects, such as more focus and emotional balance, without negatives such as hallucinations and disorientation. He realized that taking small doses allowed him to process his emotions without the stronger, visual effects and looping thoughts.

“It’s basically like taking a cup of coffee,” said Morgan, now 30. He said that he takes a full dose once or twice a year, and microdoses about four times a year. “You’re just able to be a little more free and a little more honest with your emotions without breaking down. There’s more of a mental clarity.”

Morgan, who has lived in Philadelphia for a decade, is part of a group of people who use both full doses and microdoses of psychedelic substances to process trauma, and better deal with depression. For some, it’s because conventional antidepressants haven’t worked for them. Others choose psychedelics because it’s a more affordable option than therapy or medication.

“For people interested in a treatment who can’t get into a trial, this is not the only thing out there,” said Matthew Johnson, an associate professor of psychiatry and behavioral sciences at Johns Hopkins University who has studied psychedelics for more than 15 years. “It’s one promising thing, and it’s important for people to stay in treatment.”

The brain on psychedelics

In recent months, the use of psychedelics for treatment-resistant depression, anxiety, and PTSD — meaning patients do not respond to medication or therapy — has become a hot topic in the mental-health field. The Food and Drug Administration approved a nasal spray for treatment-resistant depression (TRD) last March, which uses a derivative of the hallucinogenic ketamine called esketamine. It is the first new antidepressant in decades. (It’s currently offered at a handful of clinics in the Philadelphia area.)

In November, the FDA gave psilocybin, a hallucinogenic compound found in magic mushrooms, its second “breakthrough therapy” designation in just more than a year. The designation fast-tracks the development and review of drugs.

In a 2017 study of psilocybin and depression, researchers at Imperial College London gave psilocybin therapy to 20 patients with treatment-resistant depression, who reported benefits as long as five weeks after treatment. The study found that psilocybin decreased activity in the amygdala, which processes such emotions as fear and anxiety.

“We know that when someone is on a therapeutic dose of a psychedelic, there’s a dramatic increase in communication across brain areas,” Johnson said. “My theory is that what we’re seeing with psychedelic therapy is more like what we normally associate with talk therapy. Psychedelic therapy prompts a therapeutic process, and people learn something by transcending their sense of self and getting out of their own way.”

Much less is known about the science behind microdosing psychedelic substances, but a 2019 study by researchers at the University of California-Davis found that the practice can provide relief for symptoms of depression and anxiety in rats.

In addition, a 2019 survey of more than 1,000 people from across the world who microdosed on LSD found that repeated microdoses were followed by “improvements in negative moods, especially depression,” as well as increased positive moods and energy levels.

The benefits people feel from microdosing might be from a combination of a strong placebo effect and some possible benefit from “tinkering with the serotonin system,” Johnson said. But he’s open to the potential benefits of microdosing, particularly for depression.

As a result of their research on how psychedelics can be used to help smokers and cancer patients, Johnson and others at Johns Hopkins have suggested that psilocybin’s FDA classification should be changed from Schedule I, which means that it has no known medical benefit, to Schedule IV, similar to prescription drugs.

Victor Pablo Acero, a 24-year-old bioengineering doctoral candidate and executive director of the Penn Society for Psychedelic Science, said that accepting both full doses and microdoses as mental-health treatments is an important step in destigmatizing the substances.

“Having a mystical experience is correlated with actually getting more clinical effects,” Acero said. “Microdosing doesn’t recapitulate the mystical experience or ego death. Also, psychedelic use … does not magically heal you; you have to put in work and effort to integrate your experience.”

Acero said that he became interested in psychedelics once he began reading research papers about how the substances can be used in clinical settings. But he said that research in this area is still lacking.

“Funding is nonexistent,” Acero said. “Scientists are having to argue that they need funding to study the medical purposes of a substance that’s classified as having no medical purposes.”

Most people suffering from treatment-resistant depression, anxiety, or PTSD won’t be able to access the new treatments for at least a few years, as research groups run clinical trials.The trials have a limited number of spaces ⁠— the Usona Institute, a nonprofit medical research group in Wisconsin, recruited just 80 participants for a study that’s part of a Phase 2 clinical trial for psilocybin. Similarly, LSD is being evaluated in a Phase 2 clinical trial as a treatment for depression in Switzerland. MDMA, better known as ecstasy or molly, is currently in a Phase 3 large-scale clinical trial for PTSD. Upon FDA approval, the SoundMind Center, based in West Philly, will open a clinic in Cedar Park offering MDMA-assisted psychotherapy to populations with higher rates of PTSD.

While patients wait, self-medication without the aid of a therapist or medical professional is much more common, although it is not recommended. Johnson said that there are risks to psychedelic therapy for people with existing psychotic disorders, such as schizophrenia.

“Even if this stuff is approved, it’s not going to work for everyone,” Johnson said.

Aysha Ali, who struggles with depression and anxiety, began using full doses and microdoses of magic mushrooms about two years ago. Ali, 21, said antidepressants caused such side effects as appetite loss, decreased libido, and nausea. She also found that mushrooms are more accessible and cheaper for her.

“It’s definitely easier to go to bed at night,” said Ali, who lives in Wilmington and works in King of Prussia. “I’m a little more focused, and I feel like I can smile and giggle in the moment. I can feel myself going through my day a little bit better, and the days after feel so much better.”

She said that it refreshes her brain and allows her to wake up with a positive attitude.

“It helps me see that I’m not going to be stuck where I am,” Ali said. “It’s not a cure for everything, but the scientific information we’re getting now is helping people get out of this mind-set of ‘This is bad.’ ”

“It didn’t really quite match up with my understanding of mushrooms,” said Allebach, 37.

Allebach, who was struggling with depression when he read the article, said that he later tried magic mushrooms in California, where psilocybin mushrooms are decriminalized in Oakland and Santa Cruz. The trip brought him out of his depression. Since coming home, Allebach uses breath work and meditation to maintain his mental health.

“As a society, we’re in a place where the new rich is feeling calm and having peace,” he said. “And if antidepressants don’t work for someone, this could be great for someone who wants to be happy again and work on themselves.”

Original Article from the Philidelphia Inquirer