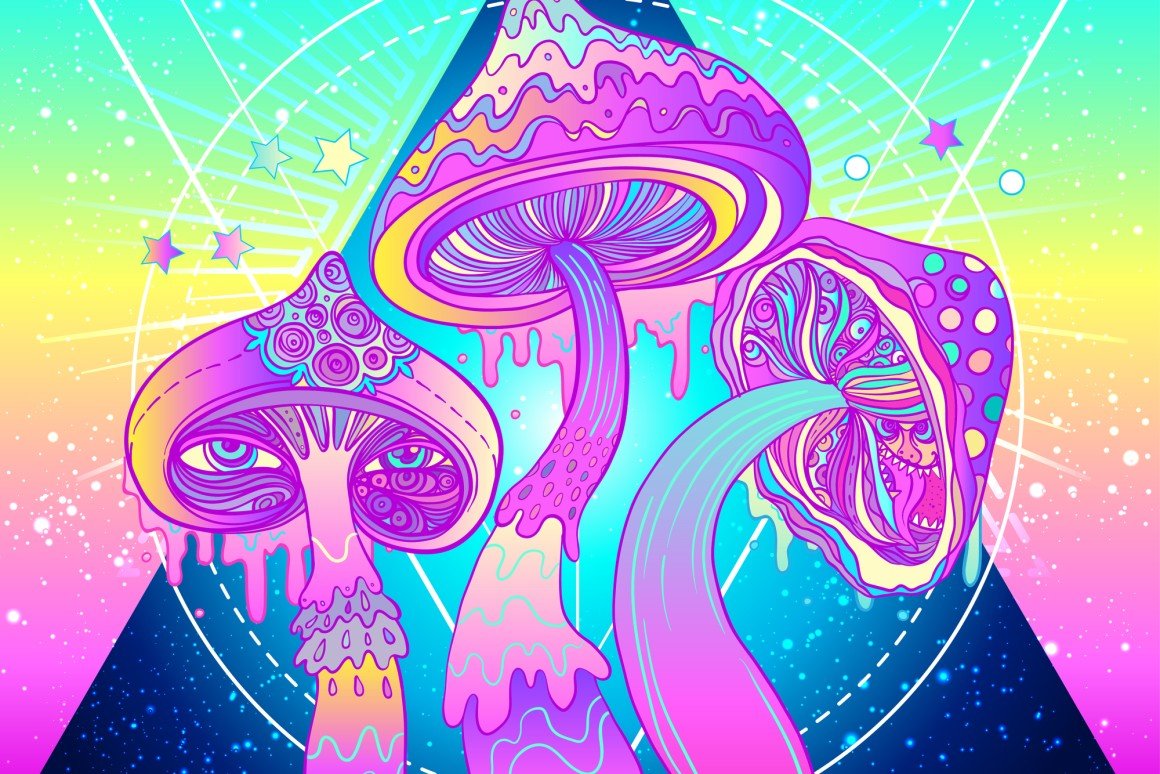 The ‘magic mushroom’ chemical, psilocybin, got its second designation as a Breakthrough Therapy from the Food and Drug Administration (FDA) on Wednesday.

Usona Institute, a Wisconsin-based research nonprofit, and its partners at New York University have been given the regulatory green light to test the drug in 80 patients with major depression at seven study sites.

The Breakthrough designation was introduced in 2012 and is reserved only for treatments for serious and life threatening conditions that may be better than existing ones.

Psilocybin is a Schedule I drug, according to the Drug Enforcement Administration (DA), but it and several other psychedelic drugs have lately gained traction as promising mental illness treatments.

Notably, the Usona trial is open to all major depression patients – not just those with a treatment-resistant form of the disorder.

‘What is truly groundbreaking is FDA’s rightful acknowledgement that MDD, not just the much smaller treatment-resistant depression population, represents an unmet medical need and that the available data suggest that psilocybin may offer a substantial clinical improvement over existing therapies,’ says Charles Raison, MD, Director of Clinical and Translational Research at Usona.

In August 2018, a trial of psilocybin got the FDA’s approval for the first time ever.

The trial’s results thus far have apparently been so promising for patients with treatment-resistant depression that the agency has now given it the rare classification, which could cut the time it takes to get approved in half.

Depression is exceedingly common in the US, yet many patients never feel like they find effective treatment.

Some 40 million adults suffer from some degree or form of depression.It is widely accepted that a combination of talk therapy and medication is most beneficial to the majority of patients with depression, but even the two-pronged attack fails for many.

Between 10 and 30 percent of these people don’t find relief from traditional medications, such as commonly prescribed selective serotonin reuptake inhibitors (SSRIs).

There are about 10 other classes of antidepressant drugs, but for some patients, they all fail.

And even when they work, it may take patients months to feel the effects and that relief may come with unpleasant – and sometimes unbearable – side effects, like nausea, insomnia and sexual dysfunction.

Psilocybin is radically different from these existing treatments.

While SSRIs and other approved antidepressants are thought to work by making the brain’s emotional center, the amygdala, less sensitive to intense negative feelings.

Psilocybin seems to do the opposite.

In brain scans of patients who have been given the experimental depression treatment, psilocybin appears to encourage emotional activity in the amygdala.

Yet, somehow, patients are then better able to process these feelings, and feel relief from their depressive symptoms mere weeks later.

Other research has suggested that the drug ‘resets’ neural circuits that create negative feedback loops in patients’ brains.

The growing body of evidence supporting the usefulness of psilocybin led the FDA to give Peter Thiel-backed Compass Pathways the go-ahead to expand its clinical trial of the compound to the US in August.

Compass was then about to begin a UK trial, and was soon to start tests in Canada and the Netherlands as well.

Now, a mere three months later, the FDA has designated psilocybin a Breakthrough Therapy, a distinction that should shorten the period between its current trials and broader patient access to the therapy.

This decision has a number of important implications for both psilocybin and depression itself.

First of all, the FDA only gives breakthrough classification for therapies ‘to treat serious or life threatening disease or condition,’ according to the agency’s website.

It has only been in recent history that depression was widely treated as a medical condition. Now, the FDA considers it ‘serious or life threatening,’ which signals a shifting perspective on its gravity.

Psilocybin is not the first depression treatment to get be designated a breakthrough, but it is unique – and presents a bit of a bureaucratic conundrum.

Currently, the DEA classifies it a Schedule I drug, meaning that, like heroin, it has demonstrated medical uses.

But now, the FDA, another government agency, is saying otherwise.

What’s more, by calling psilocybin a Breakthrough Therapy, the FDA is promising to speed up its development.

On average, it takes about 12 years to get a drug approved by the FDA. Being designated a Breakthrough Therapy cuts that time down to 5.7 years – less than half the time it would normally take.

The designation signals, too, that psilocybin may actually be more effective for treating some of the most difficult cases of depression than drugs already on the market.

‘We are excited to be taking this work forward with our clinical trial on psilocybin therapy for treatment-resistant depression.

‘The FDA will be working closely with us to expedite the development process and increase the chances of getting this treatment to people suffering with depression as quickly as possible.’